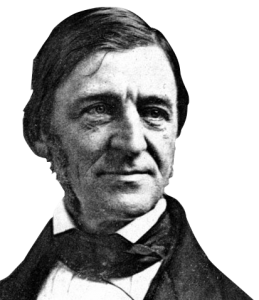 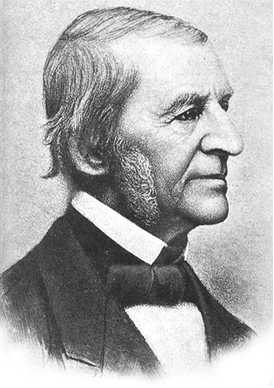 The tendencies of the times are so democratical, that we shall soon have not so much as a pulpit or raised platform in any church or townhouse, but each person, who is moved to address any public assembly, will speak from the floor. The like revolution in literature is now giving importance to the portfolio over the book. Only one man in the thousand may print a book, but one in ten or one in five may inscribe his thoughts, or at least with short commentary his favorite readings in a private journal. The philosophy of the day has long since broached a more liberal doctrine of the poetic faculty than our fathers held, and reckons poetry the right and power of every man to whose culture justice is done. We own that, though we were trained in a stricter school of literary faith, and were in all our youth inclined to the enforcement of the straitest restrictions on the admission of candidates to the Parnassian fraternity, and denied the name of poetry to every composition in which the workmanship and the material were not equally excellent, in our middle age we have grown lax, and have learned to find pleasure in verses of a ruder strain, — to enjoy verses of society, or those effusions which in persons of a happy nature are the easy and unpremeditated translation of their thoughts and feelings into rhyme. This new taste for a certain private and household poetry, for somewhat less pretending than the festal and solemn verses which are written for the nations, really indicates, we suppose, that a new style of poetry exists. The number of writers has increased. Every child has been taught the tongues. The universal communication of the arts of reading and writing has brought the works of the great poets into every house, and made all ears familiar with the poetic forms. The progress of popular institutions has favored self-respect, and broken down that terror of the great, which once imposed awe and hesitation on the talent of the masses of society. A wider epistolary intercourse ministers to the ends of sentiment and reflection than ever existed before; the practice of writing diaries is becoming almost general; and every day witnesses new attempts to throw into verse the experiences of private life.

What better omen of true progress can we ask than an increasing intellectual and moral interest of men in each other? What can be better for the republic than that the Capitol, the White House, and the Court House are becoming of less importance than the farm-house and the book-closet? If we are losing our interest in public men, and finding that their spell lay in number and size only, and acquiring instead a taste for the depths of thought and emotion as they may be sounded in the soul of the citizen or the countryman, does it not replace man for the state, and character for official power? Men should be treated with solemnity; and when they come to chant their private griefs and doubts and joys, they have a new scale by which to compute magnitude and relation. Art is the noblest consolation of calamity. The poet is compensated for his defects in the street and in society, if in his chamber he has turned his mischance into noble numbers.

Is there not room then for a new department in poetry, namely, Verses of the Portfolio? We have fancied that we drew greater pleasure from some manuscript verses than from printed ones of equal talent. For there was herein the charm of character; they were confessions; and the faults, the imperfect parts, the fragmentary verses, the halting rhymes, had a worth beyond that of a high finish; for they testified that the writer was more man than artist, more earnest than vain; that the thought was too sweet and sacred to him, than that he should suffer his ears to hear or his eyes to see a superficial defect in the expression.

The characteristic of such verses is, that being not written for publication, they lack that finish which the conventions of literature require of authors. But if poetry of this kind has merit, we conceive that the prescription which demands a rhythmical polish may be easily set aside; and when a writer has outgrown the state of thought which produced the poem, the interest of letters is served by publishing it imperfect, as we preserve studies, torsos, and blocked statues of the great masters. For though we should be loath to see the wholesome conventions, to which we have alluded, broken down by a general incontinence of publication, and every man's and woman's diary flying into the bookstores, yet it is to be considered, on the other hand, that men of genius are often more incapable than others of that elaborate execution which criticism exacts. Men of genius in general are, more than others, incapable of any perfect exhibition, because however agreeable it may be to them to act on the public, it is always a secondary aim. They are humble, self-accusing, moody men, whose worship is toward the Ideal Beauty, which chooses to be courted not so often in perfect hymns, as in wild ear-piercing ejaculations, or in silent musings. Their face is forward, and their heart is in this heaven. By so much are they disqualified for a perfect success in any particular performance to which they can give only a divided affection. But the man of talents has every advantage in the competition. He can give that cool and commanding attention to the thing to be done, that shall secure its just performance. Yet are the failures of genius better than the victories of talent; and we are sure that some crude manuscript poems have yielded us a more sustaining and a more stimulating diet, than many elaborated and classic productions.

We have been led to these thoughts by reading some verses, which were lately put into our hands by a friend with the remark, that they were the production of a youth, who had long passed out of the mood in which he wrote them, so that they had become quite dead to him. Our first feeling on reading them was a lively joy. So then the Muse is neither dead nor dumb, but has found a voice in these cold Cisatlantic States. Here is poetry which asks no aid of magnitude or number, of blood or crime, but finds theatre enough in the first field or brookside, breadth and depth enough in the flow of its own thought. Here is self-repose, which to our mind is stabler than the Pyramids; here is self-respect which leads a man to date from his heart more proudly than from Rome. Here is love which sees through surface, and adores the gentle nature and not the costume. Here is religion, which is not of the Church of England, nor of the Church of Boston. Here is the good wise heart, which sees that the end of culture is strength and cheerfulness. In an age too which tends with so strong an inclination to the philosophical muse, here is poetry more purely intellectual than any American verses we have yet seen, distinguished from all competition by two merits; the fineness of perception; and the poet's trust in his own genius to that degree, that there is an absence of all conventional imagery, and a bold use of that which the moment's mood had made sacred to him, quite careless that it might be sacred to no other, and might even be slightly ludicrous to the first reader.

We proceed to give our readers some selections, taken without much order from this rich pile of manuscript. We first find the poet in his boat.

THE RIVER calmly flows,
Through shining banks, through lonely glen,
Where the owl shrieks, though ne'er the cheer of men
Has stirred its mute repose,
Still if you should walk there, you would go there again.

The stream is well alive;
Another passive world you see,
Where downward grows the form of every tree;
Like soft light clouds they thrive:
Like them let us in our pure loves reflected be.

A yellow gleam is thrown
Into the secrets of that maze
Of tangled trees, which late shut out our gaze,
Refusing to be known;
It must its privacy unclose, — its glories blaze.

Sweet falls the summer air
Over her frame who sails with me:
Her way like that is beautifully free,
Her nature far more rare,
And is her constant heart of virgin purity.

A quivering star is seen
Keeping his watch above the hill,
Though from the sun's retreat small light is still
Poured on earth's saddening mien: —
We all are tranquilly obeying Evening's will.

Thus ever love the POWER;
To simplest thoughts dispose the mind;
In each obscure event a worship find
Like that of this dim hour, —
In lights, and airs, and trees, and in all human kind.

We smoothly glide below
The faintly glimmering worlds of light:
Day has a charm, and this deceptive night
Brings a mysterious show; —
He shadows our dear earth, — but his cool stars are white.